The Ozark region is rich with history and has long been the subject of study to historians, geologists, anthropologists, and archeologists. Before the French fur trappers explored the area and European descendants began settling here, the people of the Osage tribe populated much of the land now known as Southern Missouri and Northern Arkansas. Other tribes, traveling through the region, traded with the Osage and left behind clues of their passage. Arrowheads were abundant in the area, and a large collection of over 10,000 hunting implements and artifacts were collected by the Arlis Cogar family who established the Trail of Tears Museum in Huntsville, AR. In 1993, the Prier family of Golden, MO, took over the Trail of Tears Museum Collection and combined it with their collection of Carnival Glass and American pioneer artifacts to create the Golden Missouri Pioneer Museum. The Prier family continues to expand the collection with unique and interesting collections.

The Golden Pioneer Museum gives the visitor a unique look into the lives of early Americans, both Native and the settlers who came in the 1800s. 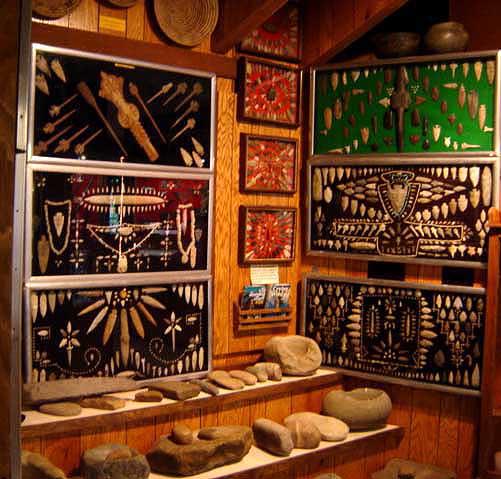